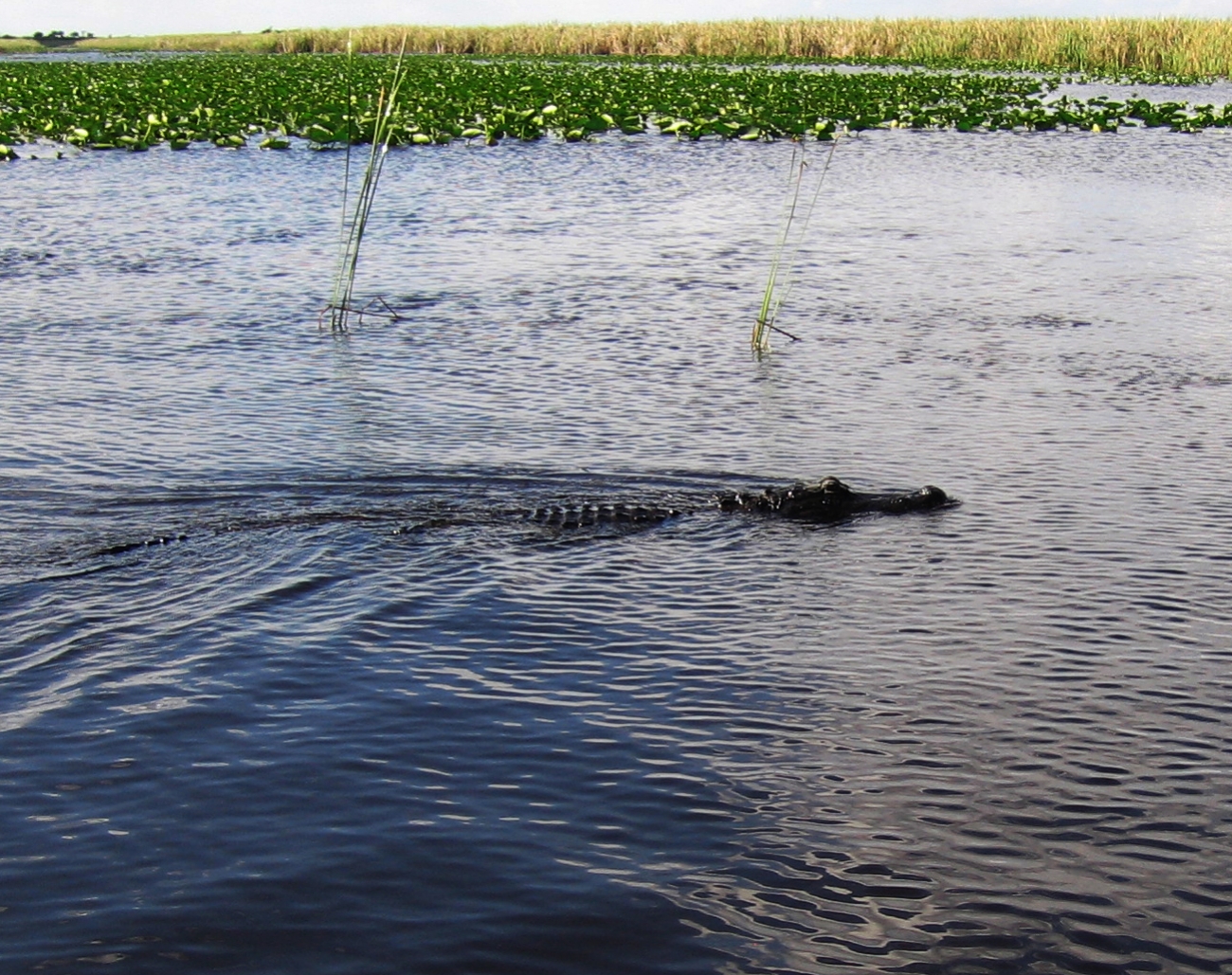 At the International Bilingual Conference "French Philosophy and Contemporary Art" on December 3-4, 2007, at the Florida Atlantic University the NOMAD ACADEMY will give two presentations.
Dorte Dahlin and Joachim Hamou will present the video "EyeThoughtWalk" and Else Marie Bukdahl will hold a lecture "Lyotard between Philosophy and Art".

A video artwork by Joachim Hamou and Dorte Dahlin, 2007

The jumping-off point of the video artwork is a collaboration between painter Dorte Dahlin and videoartist Joachim Hamou. It is based on their 6 short and sampled anecdotes/poems relating to experiences of Revelation, the Arab World, Lost Distance, Speed, Chinese painting, Rubber-geometry i.e.
The stories are recorded in English by Indian and Afro American actors, so the stories will be experienced as ”Global Travelling Stories”, being transformed by local circumstances such as nationality, gender, age, accent, space, vocal pitch etc.
Presenting the videonote supports the idea of an open source collaboration between people/artists of different faculties, cultural and civil backgrounds - when meeting on cultural, social and political (environmental) issues, using art as a non-imperialistic/democratic tool of action.
The videonote exemplifies the working strategy of Nomad Academy.
Nomad Academy, 2007, 15 min.
NB: video soon available!

Lyotard between Philosophy and Art

Lecture by Else Marie Bukdahl

Abstract
For more than three decades now, several of the French philosophers known as “postmodern philosophers” have been highly influential on both aesthetic reflection and the visual arts. Notably, because their thought makes no separation between image and concept. This opening has led not only to an intensification of the creative forces of cognition in art and philosophy but also to a more nuanced understanding of the varied possibilities, as well as the limitations, for artistic expression in both visual and verbal language.

Lyotard has no doubt that the modern emancipation project, originating in the Enlightenment and perpetuated in Marx’ dream of global human emancipation, has lost its credibility in the last three decades. The reason being that it has frequently been realized in a caricatured guise, leading to oppression. In his book, The Postmodern Condition (La Condition postmoderne, 1979), Lyotard calls this project “the grand narrative” (“le grand récit”). In our time – in the postmodern condition – “the grand narratives” of knowledge and power have broken down, also because it has been powerless in the face of the information society’s digital universe. Lyotard not only analyzed that society’s distinct changes of the conditions for knowledge and abilities, he is also consumed with arriving at a form of knowledge he calls “the little narrative” (“le petit récit”) or “postmodern knowledge,” which, as he sees it, “is not simply a tool of the authorities; it refines our sensitivity to differences and reinforces our ability to tolerate the incommensurable. Its principle is not the expert’s homology, but the inventor’s paralogy.”

Three years after The Postmodern Condition was published in French, in 1979, Lyotard finished an essay, Painting the Secret in the Postmodern Age, Baruchello (La pittura del segreto nell’epocapostmoderna, Baruchello, 1982), positing that, exempting the digital genres, the signs and symbols painters and sculptors employ cannot precisely and intensely be translated through concepts or information-technology media. Such artistic devices he calls “stockpiles of narrative energy.” Analyzing the art of Gianfranco Baruchello, he describes how art contains another, more expansive perspective that, referring to Kant, he calls “the sublime,” defined as “a break that occurs like the crash of a meteorite onto the surface of the book – this is the ontological earthquake that modernity is all about.” Everything that the imagination cannot sum up in a single impression – e.g. the stormswept sea, the infinitely great, the formless – arouses a sensation of the sublime.

In his essay, “Answering the Question: What is the Postmodernism?” Lyotard specifies his interpretation of “the sublime,” while setting out his analysis of “the postmodern” and “modernity”: “It is in the aesthetic of the sublime that modern art (...) finds its impetus and the logic of avant-gardes finds its axioms. “For the artist, the experience of the sublime produced by the encounter with the infinitely great means a liberation from pre-established models. In the attempt to grasp the absolute great – that which cannot be visualized – new principles for artistic creation are discovered. As a case in point, Lyotard mentions Malevich’s squares.

The various neo-expressionist currents that emerge in the 1980s are inspired by Lyotard’s analysis of the information society and his interpretation of it in the exhibition Les Immatériaux (1985). This particularly involves American New Image, German Heftige Malerei, French Figuration libre ItalianTransavantgardia and Danish Savage Paintinge However, he looks in vain in these movements for traces of “the postmodern,” which he defines as “that which, in the modern, puts forward the unpresentable in presentation itself (...) that which searches for new presentations, not in order to enjoy them but in order to impart a stronger sense of the unpresentable.” Artists who seek the experimental – e.g., Daniel Buren and Joseph Kosuth – “are working without rules in order to formulate the rules of what will have been done. Hence the fact that the work and text have the character of an event.”

In a 1985 essay, The Sublime and the Avant-Garde, Lyotard amends and expands his interpretation of “the sublime.” Inspired by Burke’s reading of “the sublime” and Barnett Newman’s view – in theory and practice – that “the Sublime is now,” Lyotard construes “the sublime” as “a symbol of artistic creation and of Creation itself.”

Lyotard was highly interested in contemporary Danish artists and had discussions with several, including the sculptors Hein Heinsen and Mogens Møller and the painters Albert Mertz, Stig Brøgger and Dorte Dahlin. All, in their own ways, they are inspired by his interpretations of “the sublime” and his aesthetics per se.

In After the Sublime, the State of Aesthetics (1988), Lyotard reveals new traces of the activity of “the sublime” in visual art. As he points out, during the experience of “the sublime,” certain qualities of matter imperceptibly slip into the artwork and there become present, appearing as nuances or “timbres”. They are an untouchable zone in art, containing qualities that are not available to dialogue and dialectic. They are present but can never be translated into any of the ruling discourses in social and cultural space.

Of all the “postmodern French philosophers,” Jean-François Lyotard is the one who most involved with the visual arts. Widely inspired by visual artists, he, in turn, influenced their view of art, as well as their artistic activities, in a multitude of ways. Quite forcefully, he emancipated visual art from all ideological ties, clearly bringing out its creative and experimental aspects. Consequently, visual art has enjoyed better opportunities for crossing pre-established boundaries, opening up new frontiers, revealing the unexpected and – in new ways, and on its own terms – inspiring ethical and social thought.

Else Marie Bukdahl, “The Break with Modernity and the Emergence of Postmodern Art” in Northern Poles. Breakaways and Breakthroughs in Nordic Painting and Sculpture of the 1970’s and 1980’s, ed. Torsten Bløndal, Copenhagen, 1986.

Jean-François Lyotard, “The secession of gesture in Flora Danica” and Carsten Juhl, “The Aesthetics of the Format” in the catalogue for the exhibition Flora Danica – The Event, The Strife, The Heterogeneity. An installation of 205 Paintings, Statens Museum for Kunst, Copenhagen, March 3 – April 15, 1990.

Jean-François Lyotard, The Inhuman (L’Inhumain. Causeries sur le temps 1988), translated by G. Bennington and Rachel Bowlby, Oxford, 1991. Includes the essays, “Newman: The Instant,” “The Sublime and the Avant-Garde” and “After the Sublime, the State of Aesthetics.” 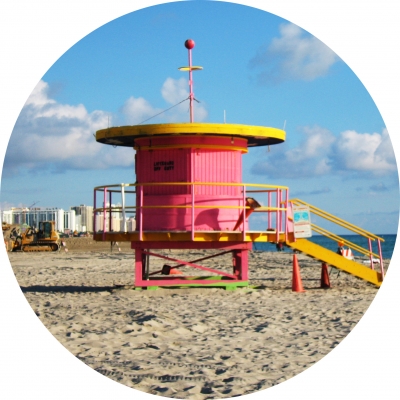