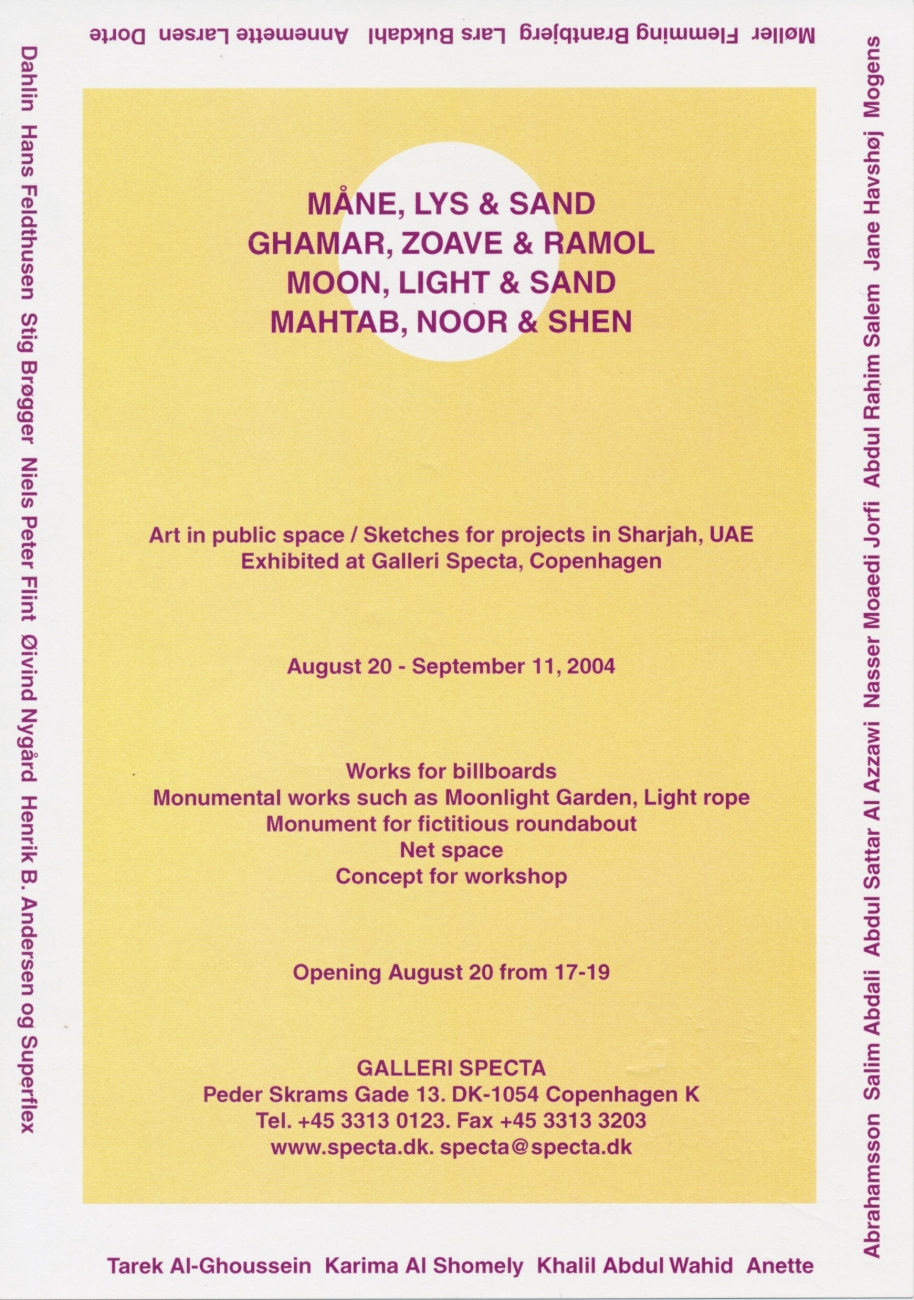 INTRODUCTION
The exhibition entitled "Moon, Light & Sand - Ghamar, Zovae & Ramol", presenting pilot projects for art in the public space in Sharjah, was presented at Galleri Specta in Copenhagen during the period August 20 - September 10, 2004.

At the exhibition, several projects charted for realisation at selected sites in Sharjah’s public space were presented.
MOONLIGHT GARDEN, created by architect Jane Havshøj and sculptor, Professor Mogens Møller, working in close collaboration with astrologist and numerologist Nasser Moaeidi Jorfi (Iran) and light artist/technician Flemming Brandtbjerg. Also taking part in this project are the archaeologist Abdul Sattar Al Azzawi (Sharjah), astrophysicist and poet Salim Abdali and poet Lars Bukdahl.
Also presented at the exhibition were MOON CHANNEL (created by the Superflex group) and LIGHTROPE (created by artists Dorte Dahlin, Annemette Larsen and Stig Brøgger from Denmark and Abdul Rahem Salem from Sharjah, working in collaboration with designer Niels Peter Flint and architect Hans Feldthusen).
Among the other works on display, there was a film created by Khalil Abdul Wahed and a group of photographs by Tarek Al Ghoussein - as well as designs for billboards by Karima Al Shomely and Anette Abrahamsson.
Also shown at this exhibition were models of sculptures conceived for fictive roundabout systems in Sharjah created by Øivind Nygård and Henrik B. Andersen.
A text by Stig Brøgger, painted directly on the wall, illustrated a presentation for a workshop in the desert.

What is characteristic of several of the exhibited projects is that they have been created within the context of an interdisciplinary collaboration between Arabs, Danes and Iranians.
What we had before us here was a collaboration within the cultural exchange agreement’s framework that was built upon a common understanding and common visions and determined by an experience which further confirmed that, notwithstanding vast cultural differences, it is indeed possible to achieve a close and productive collaboration between artists, architects, poets and scientists. In other words, what the exhibition rendered visible were salient aspects of the cultural exchange agreement, while simultaneously presenting works created by most of its participants.

The exhibition was curated by the painter, Professor Stig Brøgger, and the proprietor of the gallery, Else Johannesen. It is the plan that, in a further reworked rendition, the exhibition will be shown at the Sharjah Art Museum and The Aarhus School of Architecture. (see 2006/ Nomad Academy Goes Public). 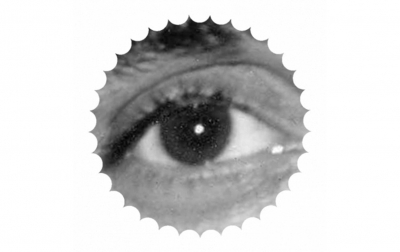 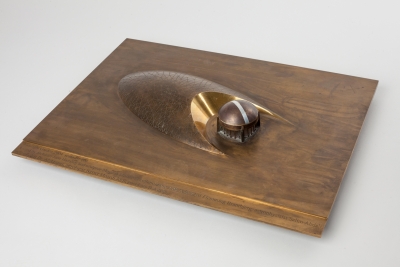 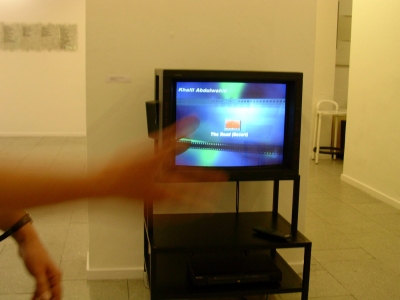 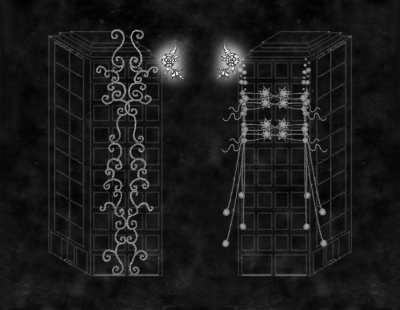 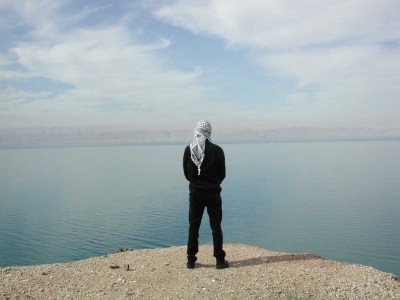 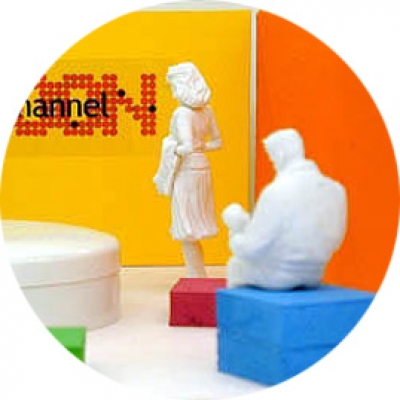 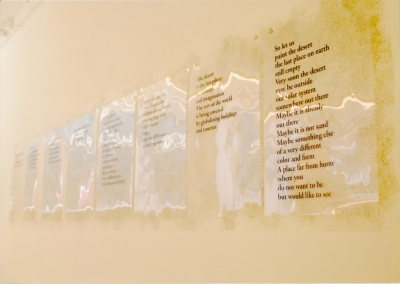 PAINT THE DESERT by Stig Brøgger.