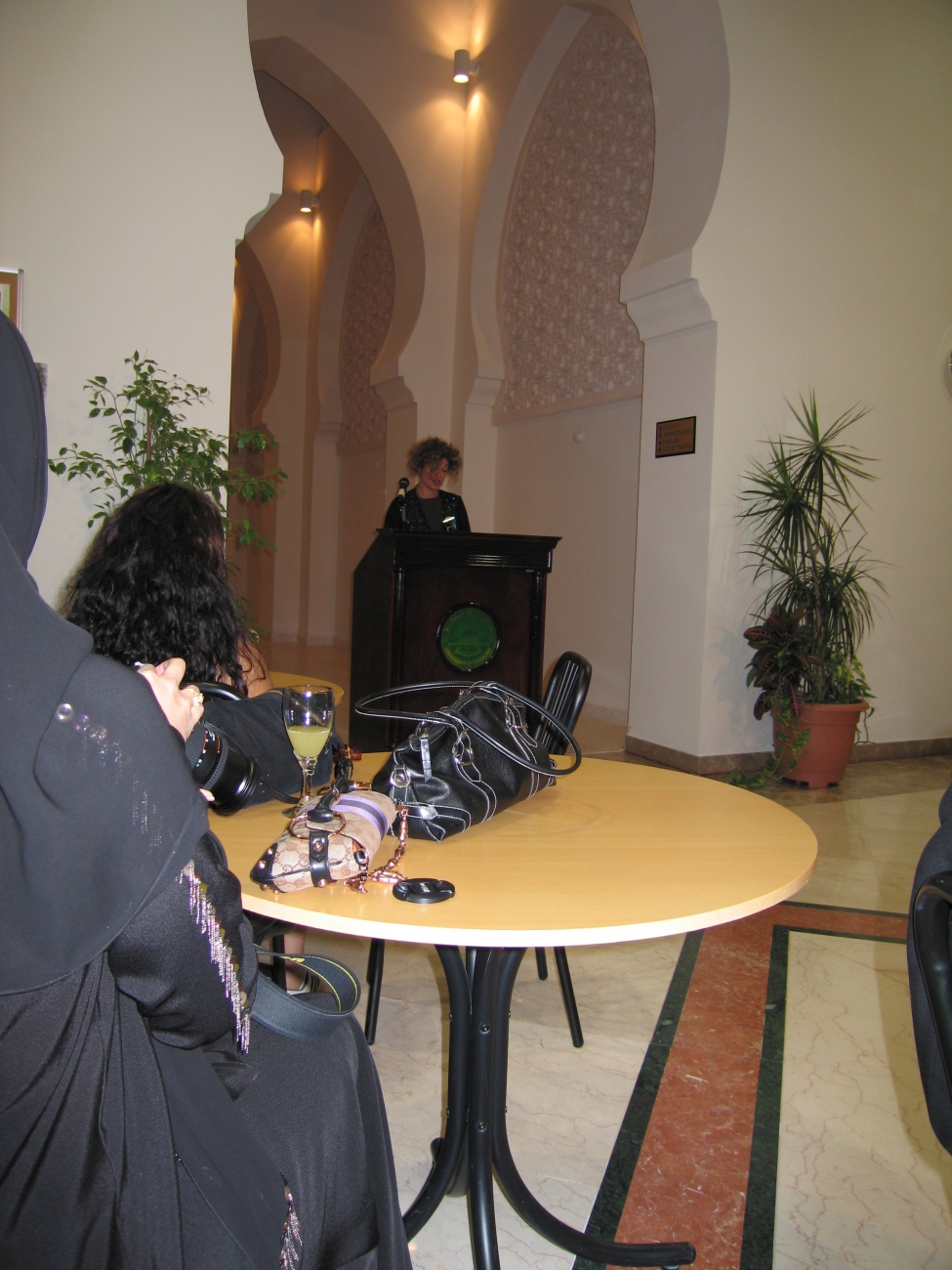 At the end of the round tour of the exhibition Seven From Afar, His Highness, the Monarch of Sharjah, was given a souvenir by the leader of the Danish delegation, Dr. Else Marie Bukdahl, the rector of the Royal Danish Academy of Fine Arts.

The souvenir was a documentary publication telling about the many evelopment periods of the Royal Danish Academy, containing old images, and names of the pioneers, contributors and founders of the Danish Academy which has existed for over hundred years.
The prints were on show at Sharjah College of Fine Arts, Sharjah University during October 2004, introduced by Dorte Dahlin. 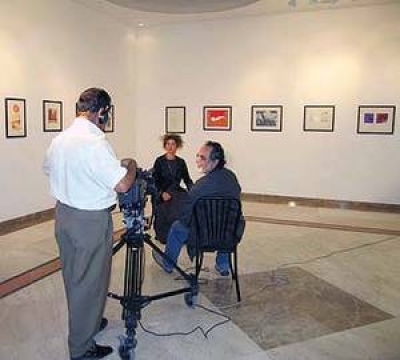 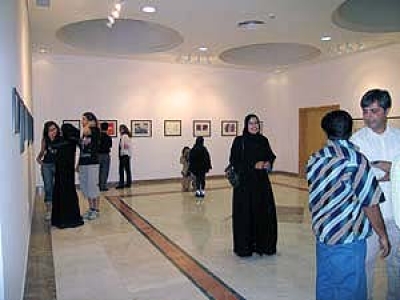