INTRODUCTION
Dorte Dahlin, who served as the official commissioner for the Danish delegation at the Biennial in Sharjah, brought a trio of Danish artists - Øivind Nygård, Stig Brøgger and Annemette Larsen – together with the artists’ group, superflex.

At EXPO in Sharjah, this composite group of visual artists built up an interactive Internet-based TV-studio, as "a democratic platform", which was named MOONCHANNEL.

The different programs could – via the Internet – be accessed in all countries. They presented a large number of the artists from East and West that were exhibiting at the biennial and a series of different features from the cultural and societal life in Sharjah, as well as interviews with students from the universities. 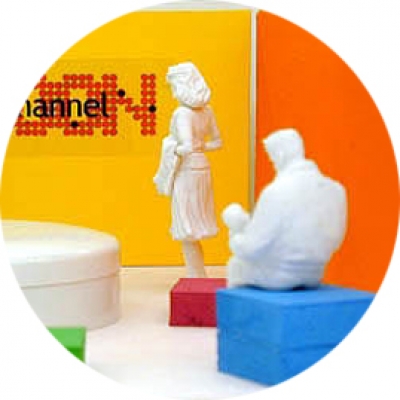 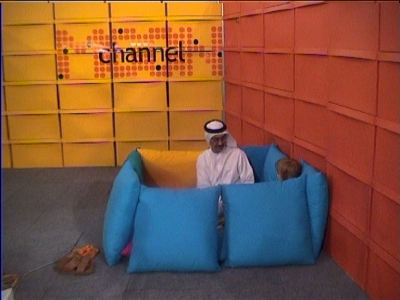 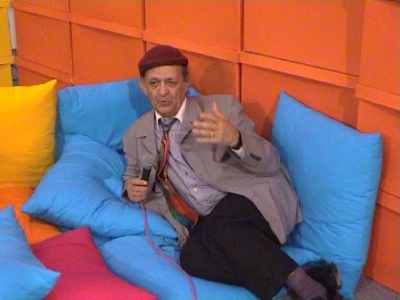 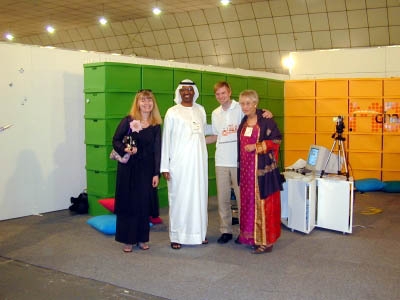 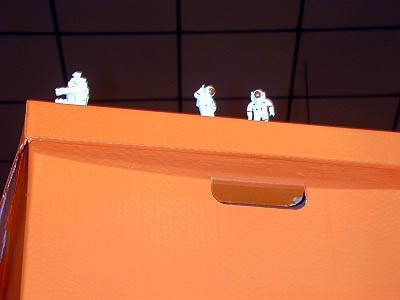